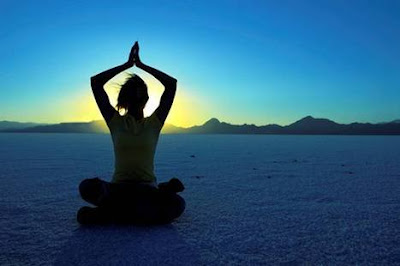 Quote of the day:

So, if you give her any crap, be ready to receive a ton of shit."
Posted by David in DC at 12:09 PM 2 comments: Links to this post

The Moral of the Story

The teacher gave her fifth grade class an assignment: Get their parents to tell them a story with a moral at the end of it.

The next day the kids came back and one-by-one began to tell their stories. "Johnny, do you have a story to share?", the teacher asked.

“Yes ma’am,” Johnny replied. “My daddy told me a story about my Aunt Nancy. She was a pilot in Desert Storm and her plane got hit. She had to bail out over enemy territory and all she had was a small flask of whiskey, a pistol, and a survival knife. She drank the whiskey on the way down so it wouldn’t break, and then her parachute landed right in the middle of 20 enemy troops. She shot 15 of them with the gun until she ran out of bullets, killed 4 more with the knife till the blade broke, and then she killed the last Iraqi with her bare hands.”

“Good heavens,” cried the horrified teacher. “What kind of moral did your daddy give you from this story?”

“Stay the hell away from Aunt Nancy when she’s drinking.”
Posted by David in DC at 10:59 AM 1 comment: Links to this post

Now's probably a good time to mention that I can be found on Facebook fairly easily. Some of you already know that. For the rest of you, if you friend me, I'd appreciate it.

Please review this website and take appropriate action. It purports to provide license data for anyone who carries a driver's license or government-approved photo I.D.

If you find your license here, you might want to take steps to have it removed.

I found the dissemination of this data troubling. 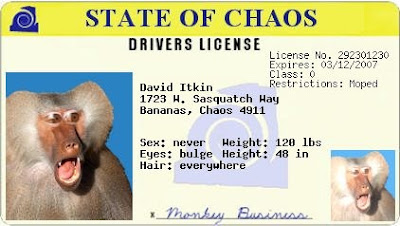 So THAT Explains It 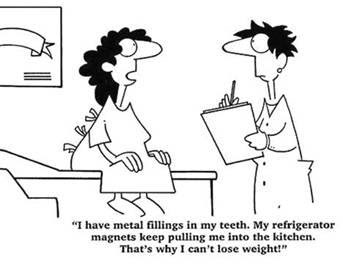 Posted by David in DC at 1:42 PM No comments: Links to this post

He must. It says so right here.

But I had no idea the Pulitzer Committee was reading my blog posts.

Here's one of the columns that won him his award.

Mazal Tov, Gene Robinson. An honor much-deserved.
Posted by David in DC at 12:19 PM No comments: Links to this post

As is often the case, he found this one on the wonderfully subversive AlbinoBlackSheep.com:

It just gets worse every day.

There's an old joke about why psychologists are turning from lab rats to lawyers as test subjects. It turns out there are some things rats won't do.

It's no longer funny.

I was disgusted by the behavior of the bush lawyers who wrote the memos purporting to legalize torture. As I've said before, some of them oughtta lose their license to practice law.

I was disgusted, but not exactly surprised.

This, however, from yesterday's WaPo, both surprises and disgusts me:

When the CIA began what i t called an "increased pressure phase" with captured terrorism suspect Abu Zubaida in the summer of 2002, its first step was to limit the detainee's human contact to just two people. One was the CIA interrogator, the other a psychologist.

During the extraordinary weeks that followed, it was the psychologist who apparently played the more critical role. According to newly released Justice Department documents, the psychologist provided ideas, practical advice and even legal justification for interrogation methods that would break Abu Zubaida, physically and mentally.

Extreme sleep deprivation, waterboarding, the use of insects to provoke fear -- all were deemed acceptable, in part because the psychologist said so.

"No severe mental pain or suffering would have been inflicted," a Justice Department lawyer said in a 2002 memo explaining why waterboarding, or simulated drowning, should not be considered torture.

The role of health professionals as described in the documents has prompted a renewed outcry from ethicists who say the conduct of psychologists and supervising physicians violated basic standards of their professions.

It's ugly as all hell.

A man and a woman who had never met before, but who were both married to other people, found themselves assigned to the same sleeping room on a trans-continental train.

Though initially embarrassed and uneasy over sharing a room, they were both very tired and fell asleep quickly, he in the upper berth and she in the lower.

At 1:00 AM, the man leaned down and gently woke the woman saying, ...
'Ma'am, I'm sorry to bother you, but would you be willing to reach into the closet to get me a second blanket? I'm awfully cold.'

'I have a better idea,' she replied 'Just for tonight ... let's pretend that we're married.'

'Good,' she replied. 'Get your own fucking blanket.'

After a moment of silence ... he farted.
Posted by David in DC at 1:34 PM 2 comments: Links to this post

Birkat HaChamah at the Lincoln Memorial:

Here's the story in Washington, from Thursday's WaPo.

And here's the Post's coverage of the same event in Jerusalem.
Posted by David in DC at 7:14 AM No comments: Links to this post

Nearly my most favoritest thing about this season is the Washington Post's annual peeps diorama contest.

(Not to bias the contest or anything, but I kinda like the Escher homage.)
Posted by David in DC at 11:14 AM No comments: Links to this post

Gene Robinson often gets things just right. He did today:

"This is barbarity with an ugly sheen of bureaucracy.... Torture -- even the torture of evil men -- is a crime. It deserves not just to be known, but to be punished.

From George W. Bush on down, individuals decided to sanction, commit and tolerate the practice of torture. They took pains to paper this vile enterprise with rationalizations and justifications, but they knew it was wrong. So do we."

Read the whole thing, here.
Posted by David in DC at 11:29 PM 1 comment: Links to this post

A disappointed Coca-Cola salesman returned from a sales trip to Tel Aviv.

His partner asked, "Why weren't you successful with the Israelis?"

"When I got assigned to Israel," replied the salesman," I was confident I had a great sales pitch for rural areas. But I don't speak Hebrew. So, my plan was to use photos and graphics.

Here, take a look at these posters:

"They were plastered all over the place."

"That should have worked," said his friend, genuinely perplexed. 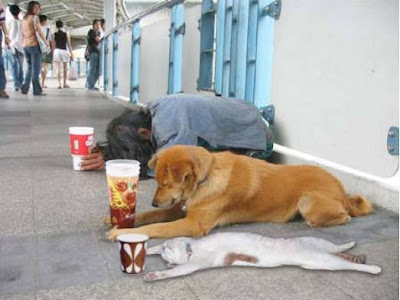 Posted by David in DC at 11:31 AM No comments: Links to this post

Monkeyboy was the Mayor of Pers-Oz/Narrator of this wonderful purimspeil, performed for the residents of Greenspring Village, a retirement community where I have a number of friends.

It was filmed by the Tin Man's dad, who has my thanks.

The first is one of many star turns by an extraordinarily talented and truly sweet girl who I expect to be a star some day. She's as bright as she is talented and as kind as she is charismatic:


The second is to the finale. Monkeyboy can be seen in a bowler, vest and phosphorescent orange shirt:

For your pre-seder viewing pleasure:

Blasphemy, schlasphemy. Who's to say it wouldn't have helped?