"If you want to find a chemist, ask him or her to discuss the following words:

If he starts talking about furry animals and organized labor, keep walking."

Lotta other funny stuff there too.
Posted by David in DC at 11:23 AM 2 comments: Links to this post

From the Profane to the Sacred

I'm stealing this prayer (and modifying it slightly) from here.

It's intended as a non-partisan Jewish prayer for voting. With a couple of tweaks, it's now both non-partisan and ecumenical.

With my vote today I am prepared and intending
to seek peace for this country, as it is written:

"Seek out the peace of the city where I cause you to roam
and pray for her sake to G-d, for in her peace you all will have peace." (Jer. 29:7)

May it be Your will that votes will be counted faithfully
and may You account my vote as if I had fulfilled this verse with
all my power.

May it be good in Your eyes to give a wise heart
to whomever we elect today
and may You raise for us a government whose rule is for good and blessing
to bring justice and peace to all the inhabitants of the world and
to Jerusalem,
for rulership is Yours!

Just as I participated in elections today
so may I merit to do good deeds and repair the world with all my actions,
and with the act of...[fill in your pledge] which I pledge to do today
on behalf of all living beings and in remembrance of the covenant
of Noah's waters
to protect and to not destroy the earth and her plenitude.

May You give to all the peoples of this country, the strength and will
to pursue righteousness and to seek peace as unified force
in order to cause to flourish, throughout the world, good life and peace
and may You fulfill for us the verse:

Studies show that special eye strengthening exercises utilizing this revolutionary new eyechart can improve the vision of middle-aged heterosexual men and lesbians by anywhere from 50 to 85 percent.* 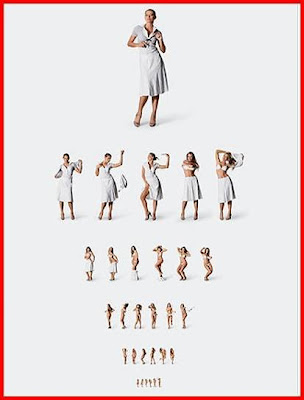 *Numerous studies also show that 47.93 % of all statistics are just plain made up.
Posted by David in DC at 7:00 PM 1 comment: Links to this post

If Candidates Were Trains

We clearly have the coolest neighbors any country could ask for.

V.O.I.C.E is heard internationally.
Posted by David in DC at 8:37 PM 2 comments: Links to this post

Posted by David in DC at 7:17 PM No comments: Links to this post

And They're Called Logitech?

A friend at work passed this on to me.

I think it's a prank, but snopes has nothing on it.

Whaddya think?
Posted by David in DC at 1:31 PM 5 comments: Links to this post

I'd Be in the Picture if the Balcony Wasn't Cropped Out 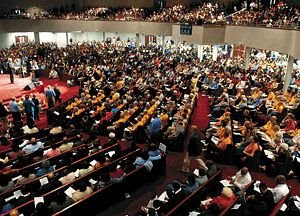 The Front Fell Off

With many thanks to Valerie, for starting the e-mail forwarding frenzy that wound up placing this gem in my inbox.

Watch and guess. Truth or Fiction?

Answer to be found on the comments page.

There are going to be times when we can't wait for somebody. Now, you're either on the bus or off the bus. If you're on the bus, and you get left behind, then you'll find it again. If you're off the bus in the first place — then it won't make a damn. --- Ken Kesey

As quoted by Tom Wolfe, in The Electric Kool-Aid Acid Test
Posted by David in DC at 4:48 PM 5 comments: Links to this post

President Bush calls the head of the CIA and asks, 'How come the Israelis know everything before we do?'

The CIA chief replies, 'The Jews have this expression: 'Vus titzuch?'

The President asks, 'What does that mean?'

'Well, Mr. President,' replies the CIA chief, 'it's a Yiddish expression that roughly translates to 'What's happening?!'. They just ask each other and they find out and, inevitably, they know everything.'

The President decides to go undercover to determine if this is true.

He dresses up as an Orthodox Jew. Wearing the traditional black hat, beard, long black coat, the whole schtick. The President is secretly flown in an unmarked plane to New York , picked up in an unmarked car, and dropped off in Crown Heights, Brooklyn's most Jewish neighborhood.

The President stops him and whispers, 'Vus titzuch?'

The old guy whispers back, 'That shmuck Bush is in Brooklyn'.

(The first Yiddish joke of the new year, courtesy of my friend Steve.)
Posted by David in DC at 10:54 AM 3 comments: Links to this post