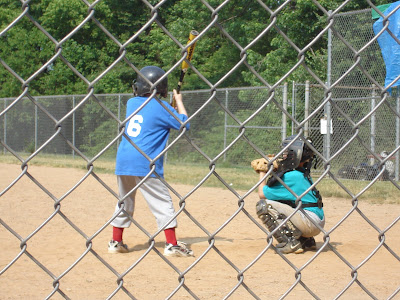 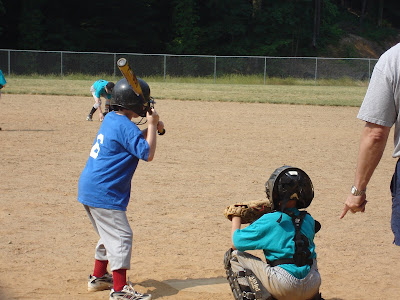 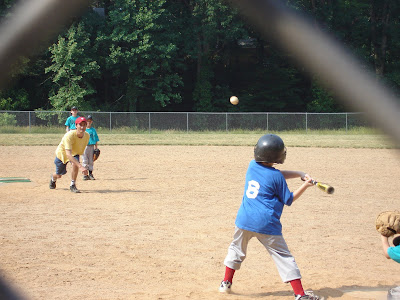 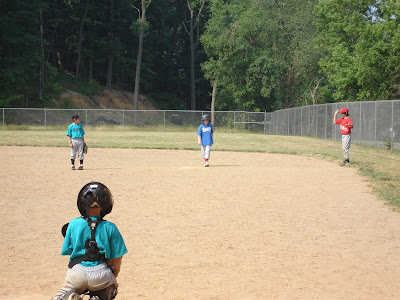 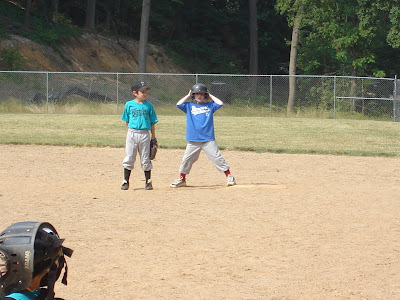 Tell MIDC to keep his elbows up. Nice hit by the way!!!

MB did a great job. LOVE the last photo.

MIDC should have take off once the ball left the pitcher's hand. Can you steal in that league?

Keeping the elbows up is a hitting myth.

He might be of some use to the Natties right about now, he could easily lead the team in batting average.

Evil E - I played baseball for 12 years and was pretty good at it. A batting coach told me to keep my elbows up; first pitch with my new stance got deposited over the left field fence.

I think I know what I am talking about.

How many years did you play?

I think RFB gets a lotta credit here. She took some great pics.

Obviously MiDC is as cute as a button.

He himself noticed it was positioned wrong in the pic before anyone mentioned it.

Re: Stealing. Stealing's permitted but the kid on 1st was daydreaming.

The kids have the attention span of 9-year-olds, but that's OK.

They're supposed to. They're nine-year-olds.

Re: Adults going back and forth about who's better qualified to give a 9-year-old hitting advice.

It is my sincere hope that, with the exception of one response from e-e (should he care to make one), this topic is now closed.

The kid on 2nd was daydreaming.