An article detailing how one of the Mythbusters got through a TSA pat-down carrying 12 razors sparked some surprise when I posted it on Facebook with this comment:

"Intrusive, ridiculous and ineffectual.
El Al planes never blow up.
Can we PLEASE send some senior TSA officials to Ben-Gurion for a month?
Can we please make sure the ones we send aren't dolts?

I responded on FB to the surprise, but I like what I wrote well enough to reiterate it here.

"El Al foils bad guys with multiple, one-on-one conversations, in concentric layers before one gets anywhere near an airplane. They get in your face, literally, to look for things like dilating pupils, changes in skin coloration, twitches, tics and (I hope) a bunch of attributes that haven't found their way into the press. Often the questions don't matter anywhere near as much as the reaction, especially the reaction while under additional stress.

Undoubtedly, some of the attributes Israelis screen for would be suspect under U.S. law, including most especially our Bill of Rights. But many, I daresay most, would not.

Because the current protocol is ineffectual, it is ridiculous. If it was useful, I might not be so outraged.

The Bill of Rights protects against unlawful search and seizure, too.

Balancing these two fundamental rights (not to be profiled vs. not forcing Grandma to choose between being felt up by a stranger or ogled naked by a stranger) might be a hard call if the physical intrusion actually worked.

But the Mythbuster proved that it doesn't. So it's an easy call. There's nothing on the sexual assault side of the scale. On the EL Al-style countermeasures side, especially if the countermeasures are implemented by officials more sensitive to the requirements of our Constitution than Israel must be, the weight is tremendous.

Please note, I do not call for subcontracting our protection out to El Al security. I just want some non-dolts from the upper levels of TSA to spend a month at Ben-Gurion and see what parts of the Israeli approach could work in America.

I understand your surprise. I'm a knee-jerk, bleeding-heart ACLU-nik, and I have friends who've been stopped for DWB (Driving While Black). Still, civil liberties vs. security is a false dichotomy here.

We need to learn what we can from the Israelis, decide what we can't do as Americans, and implement protocols that actually protect us. What we're doing now violates the first rule of holes.

What do you think?

if you've got an elephant with three balls?

(For the answer, see first comment.)
Posted by David in DC at 6:00 PM 2 comments: Links to this post

LBJ and the Shackled Runner 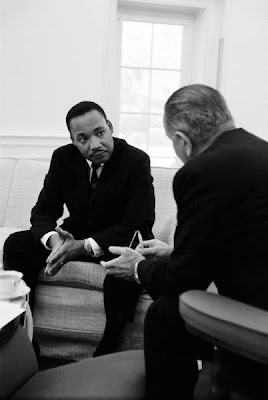 Imagine a hundred-yard dash in which one of the two runners has his legs shackled together. He has progressed ten yards, while the unshackled runner has gone fifty yards. At that point the judges decide that the race is unfair. How do they rectify the situation? Do they merely remove the shackles and allow the race to proceed? Then they could say that "equal opportunity" now prevailed. But one of the runners would still be forty yards ahead of the other. Would it not be the better part of justice to allow the previously shackled runner to make up the forty-yard gap, or to start the race all over again? That would be affirmative action toward equality.
Commencement Address at Howard University (June 4, 1965)

It's easier to read if you cick on it. 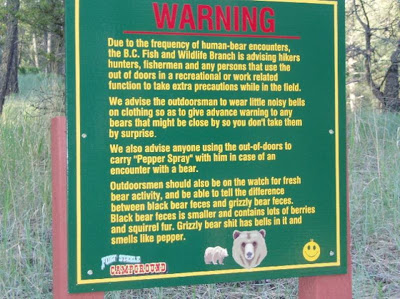 I am the very model of a modern U.S. President

Posted by David in DC at 6:14 AM No comments: Links to this post

Easily the best thing I've read in years about parenting.